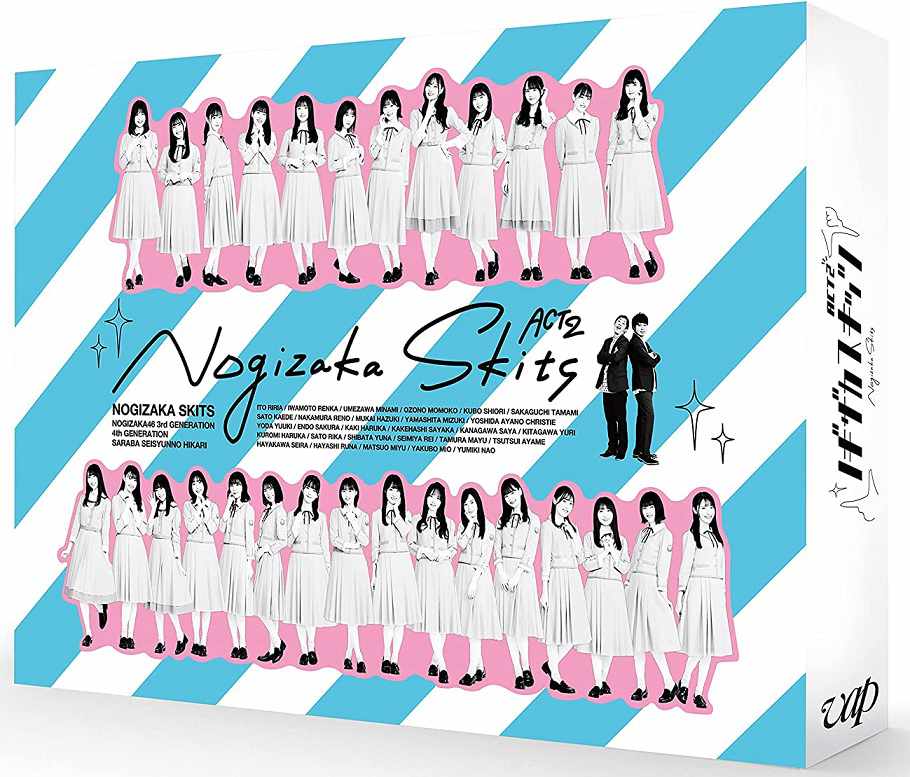 ‘Nogizaka Skits’ was a show in which Nogizaka46 members together with MCs Saraba Seishun no Hikari challenged conte (konto, short comedic skits). The first 20-episode season was with the 4th generation, the 2nd 20-episode season (Act 2) also added 3rd generation members. The show was broadcast every Monday late night on NTV (with some reruns on other affiliated stations) and had the usual Hulu extras. It ended with ‘Nogizaka Skits Live’ on paid streaming services and then was replaced with ‘Nogizaka Star Tanjou’ in the same timeslot.

This Blu-ray box contains the last ten episodes of the second season including the Machisowakan Hulu extras in the best available quality (better than TV/Hulu) and also a wealth of other extras – making-of, skits from Nogizaka Skits Live, compilations of intros/jingles, an interview with the 3rd generation members, and more…

Note 1: The show was also released on DVD; there is less extra content, but some of it is not on the Blu-ray. Similarly to previous Nogizaka Skits and Nogizaka Doko e Blu-rays, I am not going to buy the bad-video-quality DVD version just for that.

Note 2: The footage on the Blu-Ray is interlaced (exactly like on TV), you might need to adjust deinterlacing settings in some players (works fine for me in MPC-HC and VLC). Any encodes can be deinterlaced to 59.94fps. Unlike Nogizaka Doko e Blu-ray, I did not notice any glaring quality problems, but they might be there since NTV releases are frankly not the best production.

Note 3: If you ever wondered what ‘Machisowakan’ means, my google research says it is the time (kan) between matinee and soiree, i.e. the downtime between afternoon and evening theater performances.